Anti-money laundering – what to expect at the European level? 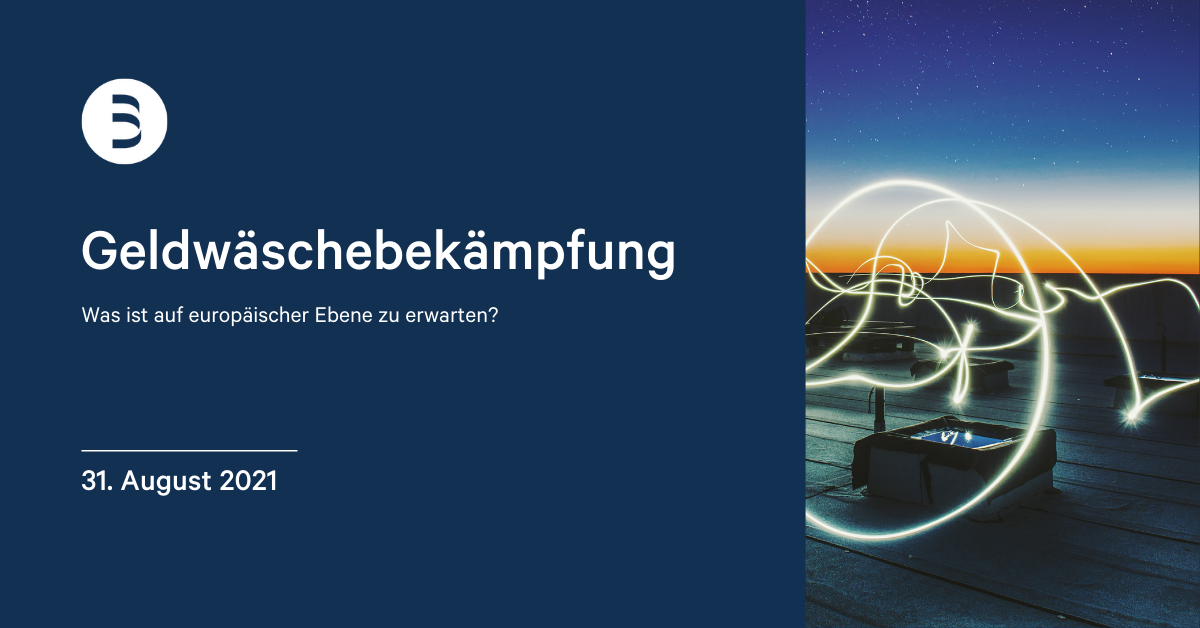 The prevention and the countering of money laundering and terrorist financing are emerging as central issues at the European level with the European Commission presenting a comprehensive legislative package on 20 July. The Council of Ministers for Economic and Financial Affairs (ECOFIN) as well as the Parliamentary Committees for Civil Liberties, Justice, and Home Affairs (LIBE), for Economic and Monetary Affairs (ECON) and for Legal Affairs (JURI) are currently discussing the different proposals.

The legislative package consists of four elements, aimed at enhancing the effectiveness and coherence of the existing legal framework:

The two first-mentioned regulations are of particular interest as the envisaged harmonisation of the legal framework is essentially enshrined in them – on the one hand by establishing a EU supervisory authority, and on the other hand by transferring some essential provisions of the previous money laundering directives into the format of a regulation.

Establishment of a new EU Authority

The proposal for a Regulation establishing a new EU authority (AMLA) is considered being the centrepiece of the legislative package. In this context, AML supervisory competences currently lying with the European Banking Authority (EBA) and the European Central Bank (ECB) are to be expanded and to be reassigned to the new AMLA. Furthermore, the AMLA is intended to assume both the role of a coordinator as well as of an indirect supervisor over the financial and non-financial sectors while acting as a direct supervisor over the high-risk financial sector.

In its coordinating capacity, it would monitor and assess EU-wide developments and risks as well as deficiencies in the application of AML rules by obliged entities and take remedial action where necessary. A forthcoming central database and communication network is to facilitate the collecting and updating of information on risk exposure.

This blogpost details and explains the scope of the envisaged direct and indirect supervision by the AMLA.

The proposed Regulation on countering money laundering and terrorist financing provides for a direct and uniform legal framework applicable throughout the EU. Especially those provisions which concern obliged entities are to be transferred from the 2018 Fifth Anti-Money Laundering and Countering Terrorism Financing Directive (5 AMLD) to the Regulation.

The above-mentioned proposal for a sixth Directive, which is also part of the presented legislative package, primarily concerns national supervisory authorities and FIUs. Consequently, the proposed Regulation can be interpreted as the successor to the previous Directive in terms of content. Therefore, the provisions of the Regulation would now directly apply EU-wide, whereas the previous format of the Directive required transposition into national law which would allow for certain leeway.

This change of legal form is due to the lack of uniformity among the national transpositions which has been pointed out in the Commission’s Communication on better implementation. Thus, the aim is to create a harmonised legal framework. Member States would, however, retain the discretion to introduce risk-based measures that exceed the provisions laid down in this Regulation.

In view of these harmonisation efforts, the designated AMLA would also be mandated to develop and regularly revise so-called technical regulatory standards. These standards would in particular concern risk criteria, the scope of due diligence obligations towards customers as well as requirements for electronic identification procedures. This outsourcing of regulatory standards to a new authority similarly indicates that future AML rules can be created without involvement of the European Commission, Parliament and Council. Less extensive legislative amendments are to be expected. At the same time, it implies that there will be much less of an opportunity for obliged entities to have their interests considered.

Finally, the change of the legal form – from a Directive to be implemented nationally to a directly and uniformly applicable Regulation – underlines that there will be shift in the focus from the national to the European level in the regulatory area of countering money laundering and terrorist financing.