eSports – when a reference in the coalition agreement is not enough 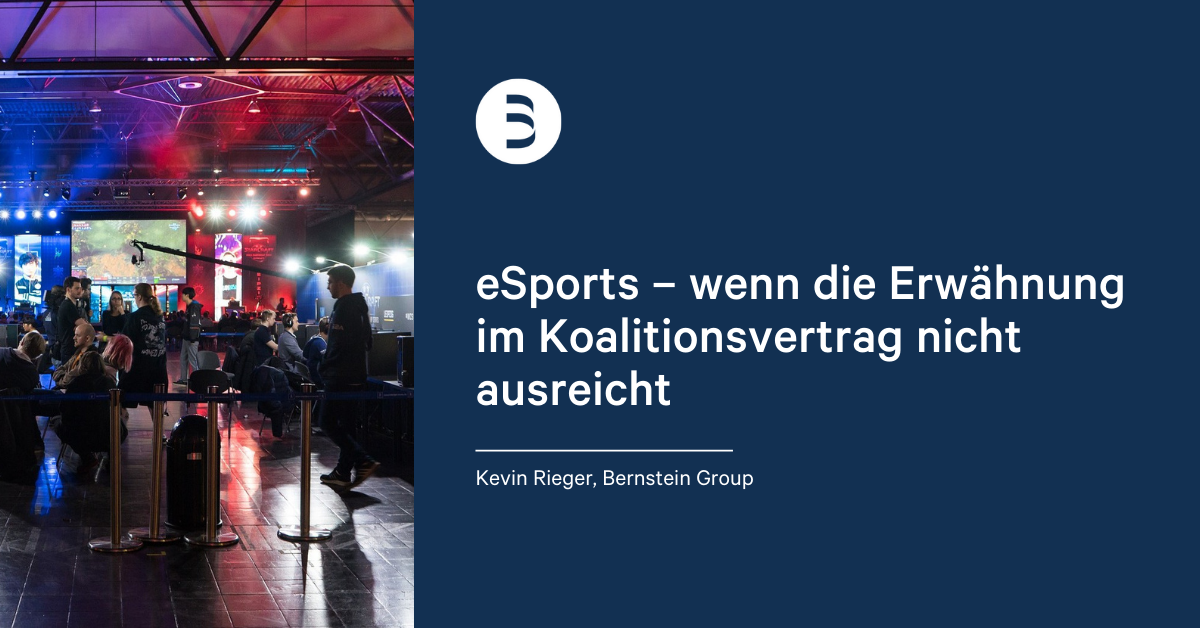 The debate about the recognition of eSports as a sport has been going on for several years. In other countries, the question “Are they sports?” has already been answered positively, with the corresponding consequences – for example, recognition in France has led to a significant professionalization of teams and put cooperation with sponsors on a clear legal footing. In Germany, it also seemed as if the debate had been decided: In 2018, the coalition agreement between the CDU/CSU and SPD held out the prospect of “fully recognizing e-sports as a sport in its own right with club and association law and [supporting] it in developing an Olympic perspective.”

With just under half a year to go before the Federal Parliamentary elections and two months out from the last (regular) session week of the current legislative period, it is clear that this initial goal will not be achieved. What is the reason for this? And what experiences can be extrapolated to upcoming political projects – and the path to their implementation?

First, it is worth taking a look at the role of eSports in the coalition agreement of the governing parties. The recognition of eSports was addressed in the “Digital” section – as the final topic in the “Better life through progress” section, directly after the intended expansion of the Federal Volunteer Service to include “a new variant analogous to the Voluntary Social Year Digital”. However, eSports are not mentioned in the section of the coalition agreement dealing with sports. The topics addressed there (including the promotion of competitive sports and the fight against doping) can largely be applied to eSports. However, they were not explicitly mentioned, let alone their specifics.

These specifics are partly a challenge for the political process. It already starts with the fact that there is no such thing as “the e-sport”, but that professionally played video game titles differ greatly. These differences are stronger than for any traditional sport: indoor soccer shares the basic principle with “regular” soccer – League of Legends, Counter Strike: Global Offensive and FIFA 21 have nothing in common except that they are (also) played on computers.

The (reasonable) reaction is to look for points of connection with what already exists. In the case of eSports, this has led to the distinction between “eSports” and “eGaming,” which is made by the German Olympic Sports Confederation (DOSB), among others, and distinguishes between sports simulations (FIFA, NBA 2K, etc.) and all other competitively played titles.

This distinction is completely out of touch with the industry, and yet it is understandable from the logic of “matching the established”. The fact that, for example, game manipulation in the context of eSports events is (unfortunately) a transferable problem – as the FBI’s recently launched investigation into organized fraud via sports betting on Counter Strike games shows – recedes into the background. Yet this case demonstrates that a reliable framework for eSports is more necessary than ever.