Too Little, Too Late: How Germany Missed the Boat on Ridehailling 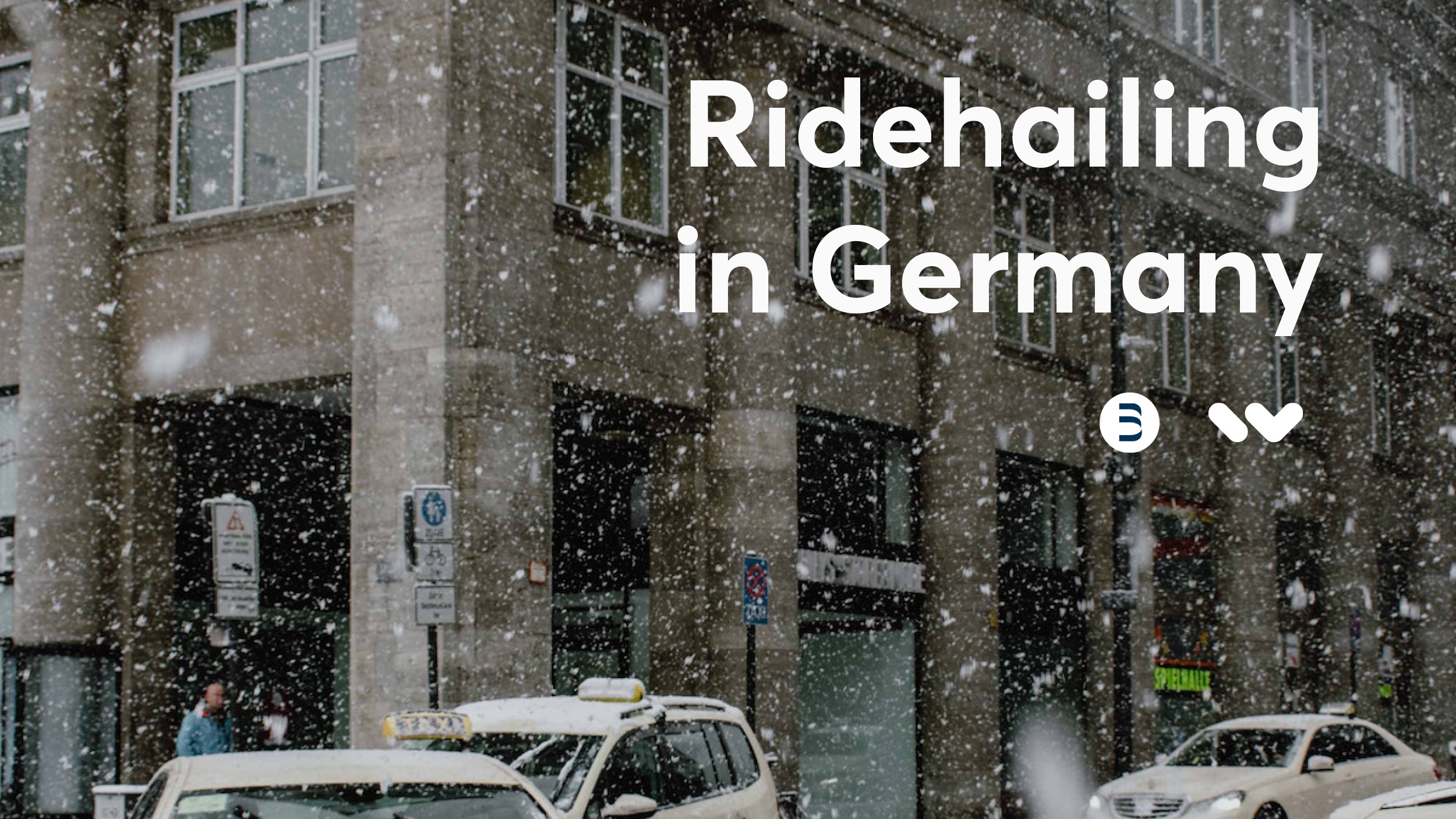 Together with the tech company Wunder Mobility from Hamburg, we publish a monthly Mobility Policy Newsletter. The focus is on all questions concerning mobility, regulation and technology. On our blog we publish now the second article from the newsletter, which will be published for the first time on 16 March. A registration for it is already possible under: https://www.wundermobility.com/policybrief

The German transportation industry is starting to realize that disruption doesn’t have a grace period. Urban areas in particular are witnessing the power digitalization and automation have to change the way we think about mobility dramatically. These days, using ridehailing services and booking and paying for a taxi via app is a daily occurrence for many living in Berlin, Munich and Hamburg. In fact, 5.03 million users used ridehailing services in the past year in Germany. In 2023, that number could increase to 7.8 million users.

Today, when “individual freedom” is discussed in relation to mobility, it’s not the idea of having a personal car parked outside your front door being referenced, but rather the idea of a variety of practical ridehailing options being available to users in a city.

The introduction of ridehailing offerings such as Uber and FreeNow have created a multitude of new mobility options for many city dwellers, but have also been met with political and societal backlash. One of the reasons for that is the correlation between ridehailing and an increase in pollution, despite the current megatrends of sustainability and eco-consciousness. A study conducted by the Union of Concerned Scientists has postulated that this increase in pollution is due to the fact that ridehailing vehicles don’t replace private cars on streets: they replace trips taken by bike or public transport instead.

Ridehailing companies have also come under fire from local taxi operators. The taxi business in Germany is treated as a form of public transportation, and has long enjoyed a semi-monopolistic status within the industry. Recently, however, taxi companies have started to feel threatened by digital, customer-centric driver dispatching and have been reporting declining sales. Demands for uniform regulations are getting louder, particularly since ridehailing companies and taxis, oddly enough, don’t fall under the same legal category: sharing companies are seen as rental car services, and taxi companies and their individual fleets count, again, as public transport.

In Germany, mobility is the basis of the economy and the fuel that keeps the transport industry running smoothly. Creating a consistent, uniform set of rules and regulations acting in the interest of multiple industry players is of the utmost importance going forward. Of course, any body of legislative work would have to take both innovative ideas and existing infrastructure into account without encroaching on Germans’ personal freedoms – or neglecting to take climate change concerns seriously.

Other countries are finding initial solutions

Other countries are already reacting to new challenges brought about by mobility changes. In the United Kingdom, the train company Virgin Trains has partnered with Uber in the hopes of getting people to reject private car ownership. The partnership is solving the last mile problem in regions with weak infrastructure and fostering collaboration between stakeholders in the process. A traditional transportation company and an innovative mobility startup came up with a solution together, rather than feeling like they have to fight for their respective relevance in the market – that’s a goal the whole industry should be working towards.

Estonia was an early pioneer of European ridehailing and already enacted a law regulating app-based driver dispatching in 2017. That law enforced the equal treatment of digital-based offerings and “classic” taxi companies, which gave digital dispatching legal footing and also mitigated the demands expected of taxis.

Things look quite different in Germany. It’s still very unclear what the big plans for mobility changes are going forward. In spite of several announcements to the contrary, the Ministry of Transport has not yet managed to revise the now-obsolete Passenger Transportation Act. In Spring 2019, the Federal Minister of Transport, Andreas Scheuer, presented a single position paper outlining suggested changes to the law.

A revised law addressing digital driver dispatching would essentially make them subject to approval in the near future. Ridehailing and taxi rides booked via app would be included in the law in order to form a statutory framework, a detail which is naturally not included in the original 30-year-old law. Additional changes suggested in the paper were giving priority to climate-friendlier carpools over single-passenger rides and ending the obligation to return rental cars, which stops unnecessary “empty trips” from taking place.

The suggested amendments to the Passenger Transportation Act imply that the government is coming closer to acknowledging the hurdles the mobility sector faces every day, but are still far away from having a plan in place to tackle those issues. Other ideas that would help to move things in the right direction are barely being addressed – for example, incentivizing companies with gas- and diesel-powered commercial vehicles to replace their fleet with EVs or other eco-friendly alternatives.

The European Union is already behind that initiative. They encourage the switch to electric vehicles within the ridehailing industry as a way of getting Europe closer to the goal of becoming climate neutral by 2050. Of course, forcing ridehailing companies to go electric could give them a competitive disadvantage, which would infringe on a company’s right to remain competitive in the free market.

It’s time to define our limits

Germany needs a plan that can unite different agents within the mobility sector. In a best case scenario, everyone involved would end up profiting from the increased collaboration, rather than cannibalizing each other.

Carpooling and EVs need to be incentivized if we want to achieve our climate targets and keep the pollution caused by ridehailing to a minimum. It’s also important, however, that restrictive measures take the needs of businesses and citizens into consideration without pitting one side against the other. If the government hopes to offer Germans the innovative and customer-friendly mobility options they deserve, it’s imperative that old laws are revised as soon as possible. That’s the only way Germany can ensure the development of a responsible, future-focused mobility industry that benefits everyone.