Which candidates will make the next Bundestag? 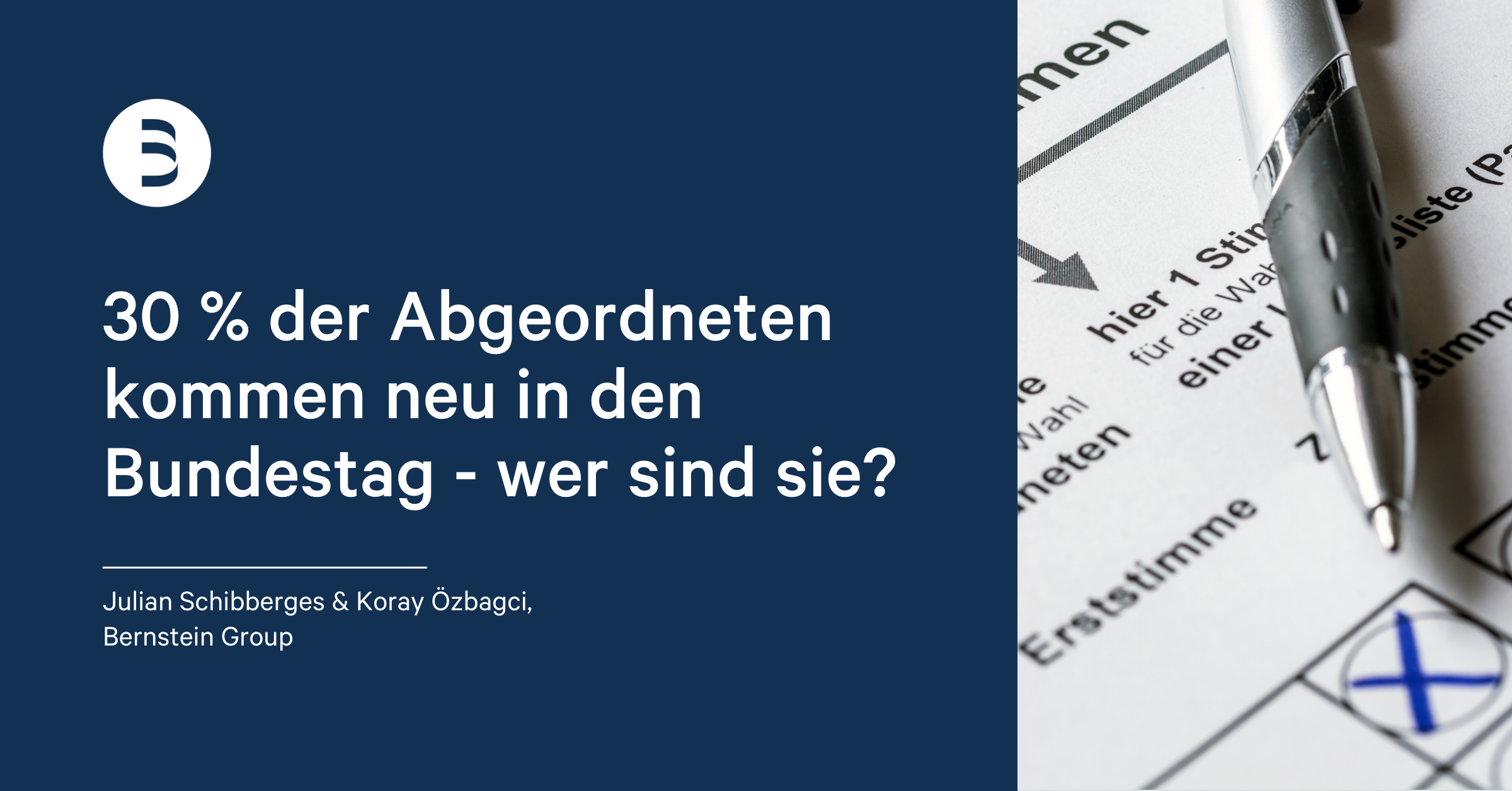 Barely 80 days remain until the German federal elections and the decision about who will shape German politics and legislation over the next four years. However, one thing is already certain: who the candidates from the 299 constituencies and 96 relevant state lists which can constitute the 20th German Bundestag will be. Except for the disputed Green list in Saarland, the state lists have been drawn up and the direct candidates nominated. With our “Rising Stars” database, we look at the promising candidates.

No easy forecast is possible

Seat-specific forecasts of the Bundestag elections are challenging. Not only because the political mood can still change between now and the 26th of September, but also because overhang/compensatory mandates and the distribution of mandates between federal states are linked to the actual vote. Nevertheless, we have ventured a forecast of the likely candidates based on some assumptions and a simplified calculation model. Important here are the probable candidates. We are less interested in the mandate-exact composition of the future Bundestag, but primarily in the over 1,900 candidates themselves who have a realistic chance of getting in. The 818 candidates who are very or rather likely to enter the Bundestag are of particular interest to those responsible for public policy. They will be the rapporteurs and committee chairs for the next few years – and a good 41 percent of them are currently not in the parliament!

The past meets the future

In the last five years, it has been shown that about one-third of the members of the Bundestag leave after an election and new members start their first legislative term.

In this Bundestag election, that proportion will likely increase, as many long-serving Social Democrats will leave, and many new Greens will join. It is not yet possible to say which people will be responsible for certain issues before the election, but already now, the candidates’ CVs offer important clues as to which issues someone is interested in and committed to.

To get a timely insight into the potential new Bundestag configuration, we have created a database with all of the more than 1,900 direct and state list candidates of the parties represented in the Bundestag. All candidates can be sorted by probability of entry and other relevant factors, such as state association, party, functions, and policy fields/interests. This makes it clear which individuals in the 20th German Bundestag could potentially become relevant stakeholders because, for example, they are returning to the Bundestag, or they have a high probability of entering the parliament as “Rising Stars”.

The power of the Michaels

The data, of course, also provide an interesting insight into the field of candidates. Overall, 72 percent of the list candidates are new, and only 28 percent are already in the Bundestag – and Michael is the most common first name.

Even though the election promises renewal, one thing will probably not change much. The gender distribution in the lists remains unbalanced. 61 percent of men face only 39 percent of female candidates. However, that is the broader perspective. Should the Green lists with equal representation perform well, the ratio in the future Bundestag is likely to improve.

The election of direct candidates will be particularly fascinating this year. The Greens have strong chances of multiplying the single direct mandate they currently hold. Up to 32 direct mandates could be possible – but more likely a good half dozen. We have already compiled a list of some constituencies with prominent candidates for you here – in these areas, the results will be particularly exciting on the 26th of September!